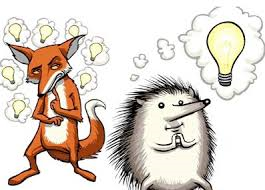 It’s time to invoke the parable of the fox and the hedgehog. You know – the hedgehog knows one thing, sees the world through the lens of a single commanding idea, while the fox knows many things, entertains diverse, even conflicting points of view.

This is apropos of my reaction to David Stockman’s The Fed’s Painted Itself Into The Most Dangerous Corner In History—–Why There Will Soon Be A Riot In The Casino.

Stockman, former Director of Office of Management and Budget under President Ronald Reagan who later launched into a volatile career in high finance (See https://en.wikipedia.org/wiki/David_Stockman) currently lends his name to and writes for a spicy website called Contra Corner.

Stockman’s “Why There Will Soon Be a Riot in The Casino” pivots on an Op Ed by Lawrence Summers (Preparing for the next recession) as well as the following somewhat incredible chart, apparently developed from IMF data by Contra Corner researchers. 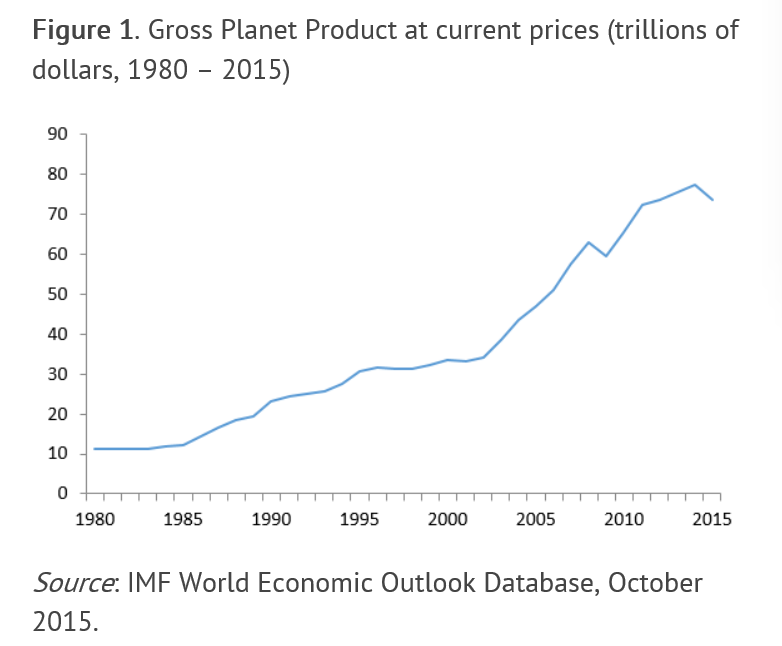 The storyline is that planetary production fell in current dollar terms in 2015. This isn’t because physical output or hours in service dropped, but because of the precipitous drop in commodity prices and the general pattern of deflation.

All this is apropos of the Fed’s coming decision to raise the federal funds rate from the zero bound (really from about 0.25 percent).

The logic is unassailable. As Summers (former US Treasury Secretary, former President of Harvard, and Professor of Economics at Harvard) writes –

U.S. and international experience suggests that once a recovery is mature, the odds that it will end within two years are about half and that it will end in less than three years are over two-thirds. Because normal growth is now below 2 percent rather than near 3 percent, as has been the case historically, the risk may even be greater now. While the risk of recession may seem remote given recent growth, it bears emphasizing that since World War II, no postwar recession has been predicted a year in advance by the Fed, the White House or the consensus forecast.

Historical experience suggests that when recession comes it is necessary to cut interest rates by more than 300 basis points. I agree with the market that the Fed likely will not be able to raise rates by 100 basis points a year without threatening to undermine the recovery. But even if this were possible, the chances are very high that recession will come before there is room to cut rates by enough to offset it. The knowledge that this is the case must surely reduce confidence and inhibit demand.

So let me rephrase this, to underline the points.

Header pic of fox and hedgehog from willpowered.co. 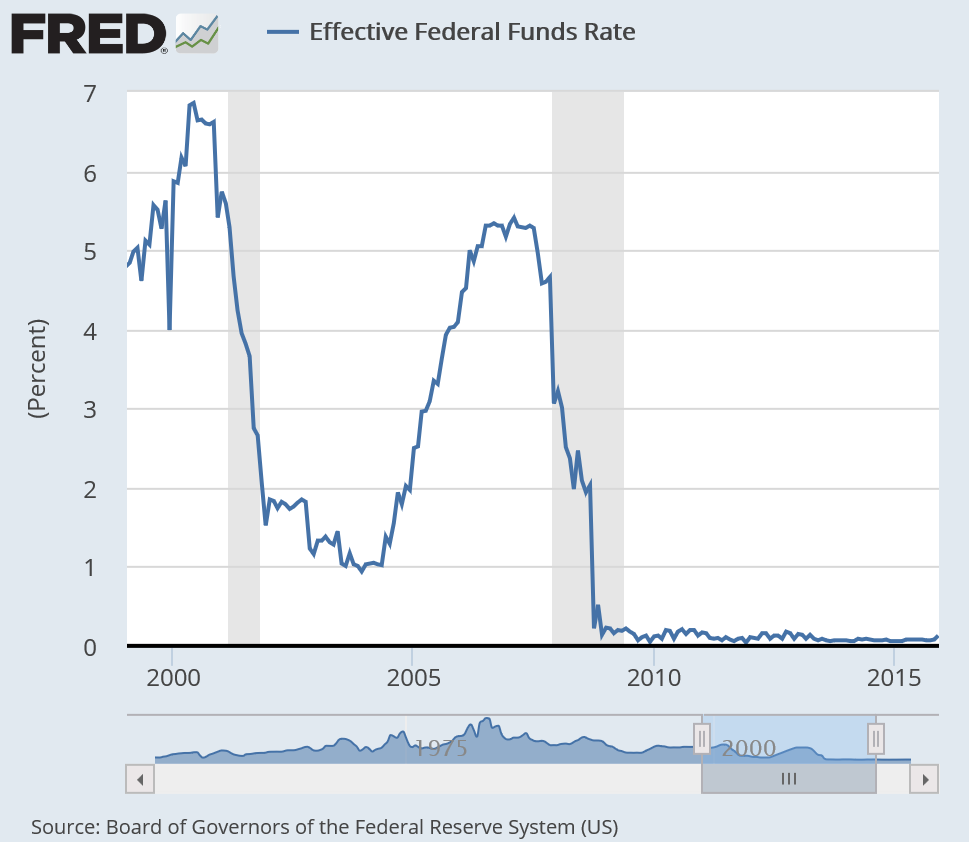