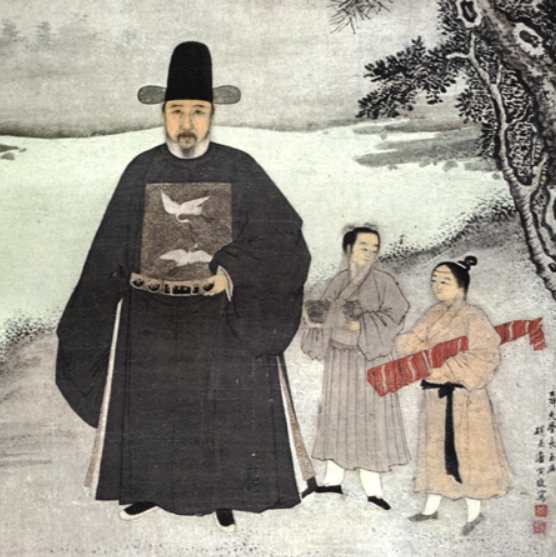 The International Monetary Fund (IMF) announced recently that Chinese GDP passed that of the United States – in terms of purchasing power parity (PPP).

Business Insider charts the relative sizes of the Chinese and US economies in terms of total global output, where, again, production is measured in terms of purchasing power output. 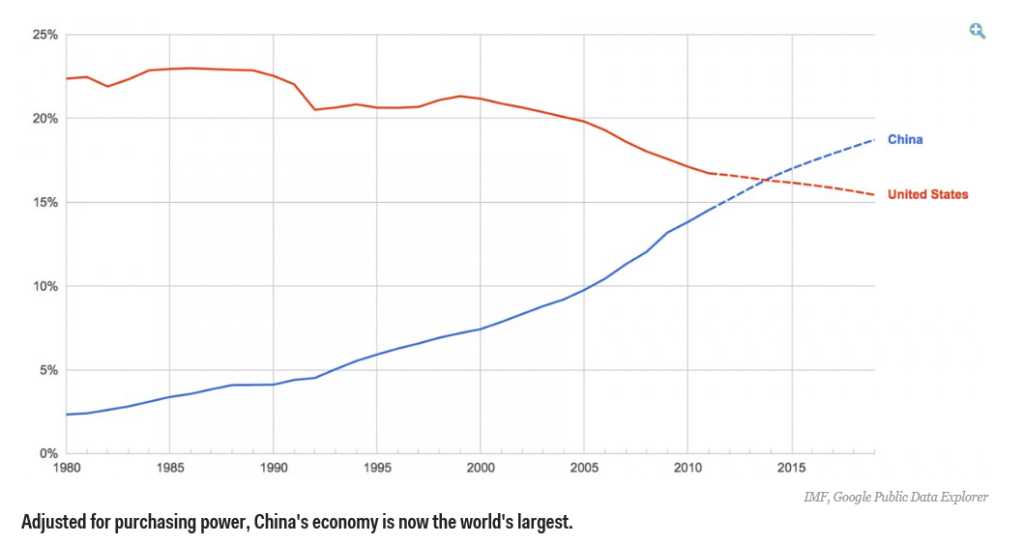 According to the World Bank,

Purchasing power parity conversion factor is the number of units of a country’s currency required to buy the same amount of goods and services in the domestic market as a U.S. dollar would buy in the United States.

In a less serious vein, the Economist magazine maintains the Big Mac Index. This is informative, however, inasmuch as MacDonalds outlets range across the globe.

In July of this year, the Economist lists the US price of a Big Mac hamburger as $4.80.

China is among the cheapest places to buy a Big Mac, as shown in this table from Economist data. 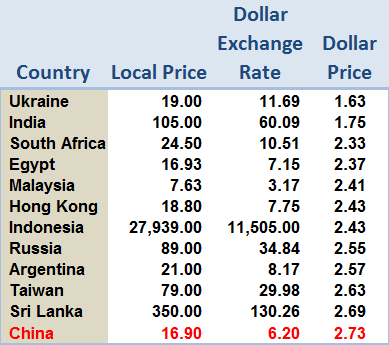 Or to do this calculation based on the current exchange rate, 1 US dollar buys 6.41 Chinese 1 yuan.

So, if the local price has not changed, 16.9 yuan buy a Big Mac, indicating that a Big Mac now has a dollar price of $2.63. Then, if today’s Big Mac still costs $4.80, the renmimbi buys 4.8/2.63 or 1.83 times as much as its market exchange rate indicates. Hence, according to a Big Mac type index evaluation, the renmimbi is undervalued.

This is a pretty good calculation, according to the World Bank, which lists the conversion factor as 0.7.

The rise of Chinese production has been truly spectacular, as this chart of Chinese GDP shows, based on official Chinese statistics. 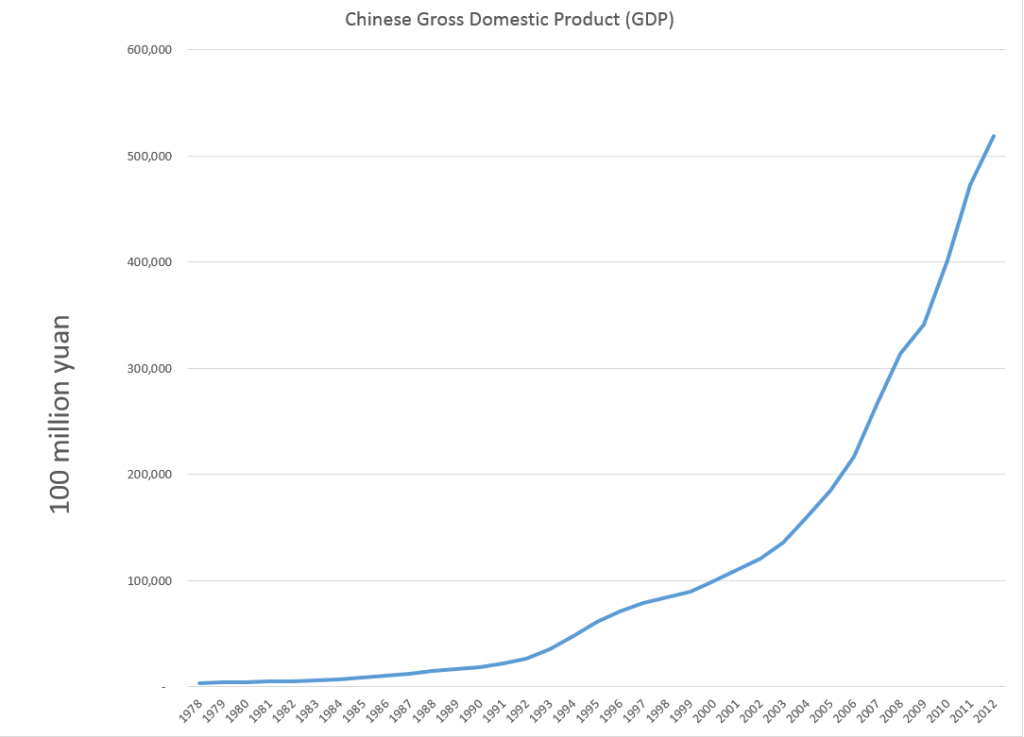 There are a lot of other remarkable charts that can be pulled together about China, and I am planning several future posts along these lines.

See you this coming week!