Statistica put together this graphic showing quarter-over-quarter growth in US real GDP from 2009 to the 2nd quarter of 2014. 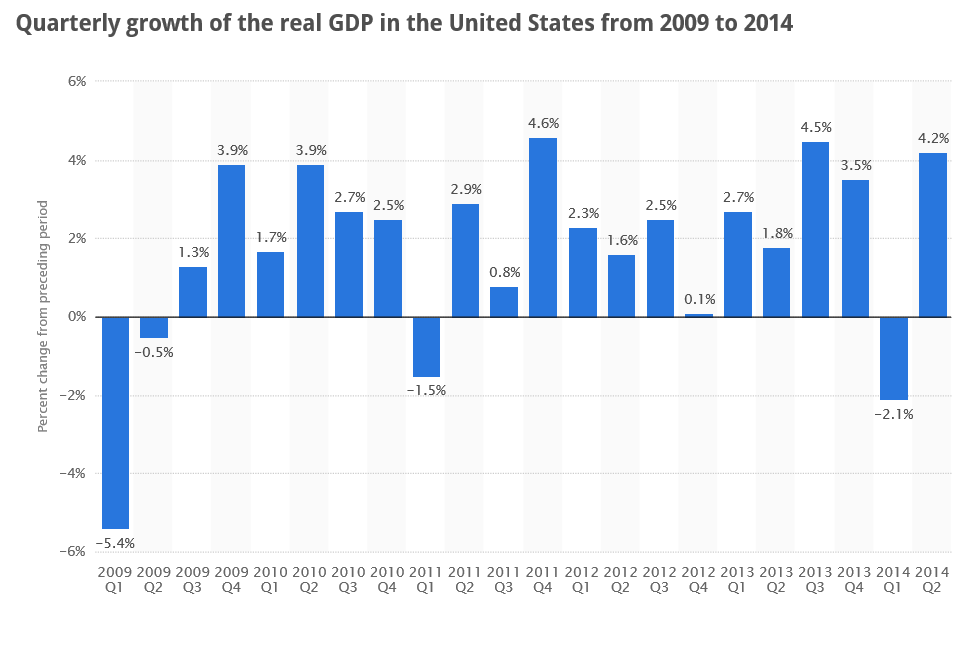 The last bar in the chart, showing 4.2 percent growth, is the 2nd quarter 2014 estimate, released by The Bureau of Economic Analysis (BEA) August 28. This represents a slight upward revision from the 4.0 percent “advance estimate” released in July.

Notice these are quarter-over-quarter growth rates, and, as the Statistica chart shows, are fairly volatile.

Thus, a 4.1 percent real or inflation-adjusted growth rate for the April through June 2014 period does not mean 2014 growth will roll in at this rate.

In fact, as the Forbes item on this release highlights,

Dan North, chief economist at Euler Hermes North America… warns GDP watchers should not get too excited…since the economy contracted 2.1% in the first quarter of this year the large jump is payback and in the first half of 2014 the economy gained just 1%. North expects third and fourth quarter GDP to gain around 3% which would round out to an uninspiring roughly 2% growth for the year.

The BEA presents the following detail on the growth estimate (click to enlarge). 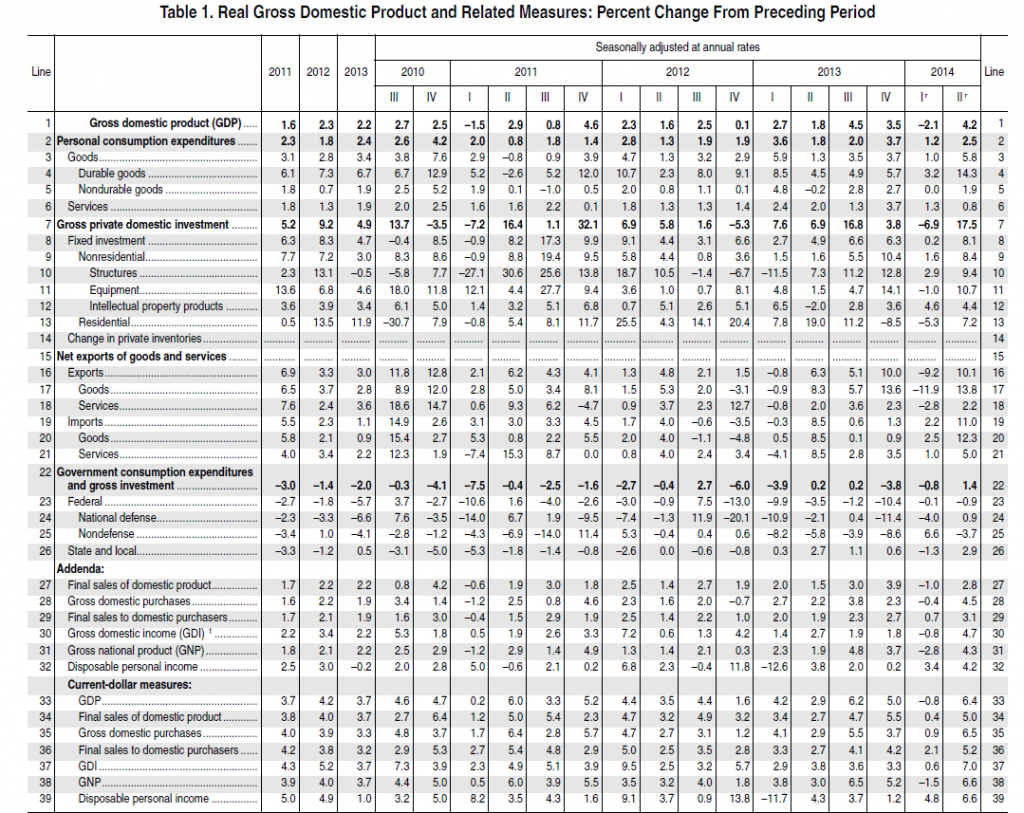 Europe and Japan numbers for the 2nd Quarter are more pessimistic. 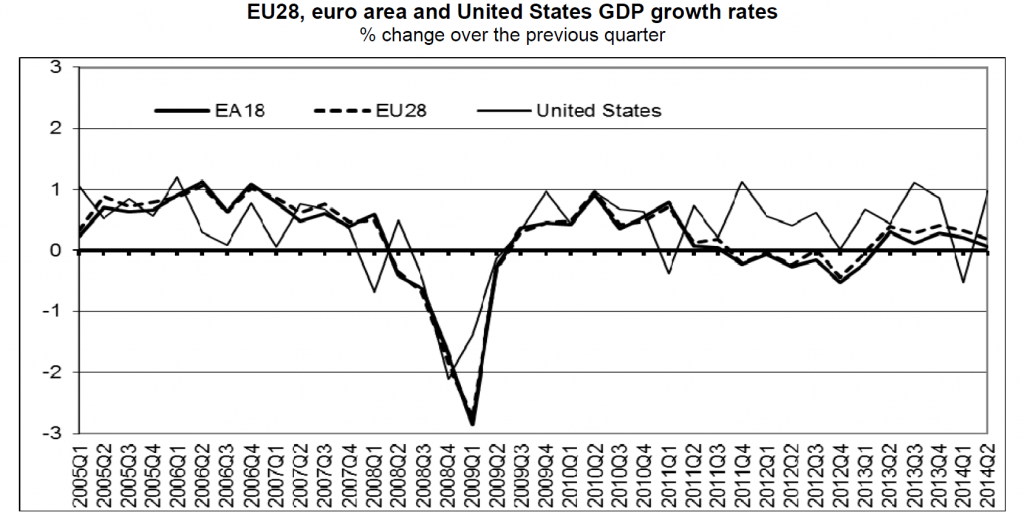 From this data, I think it is safe to say the recovery from 2008-2009 is still under-performing.

Whether these data will be followed on by year-over-year declines in future quarters remains to be seen.