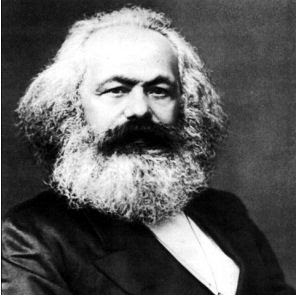 This chart is about what kind of world we live in. It’s drawn from the official source of the US national income accounts – the Bureau of Economic Analysis (BEA).

The chart shows the shares of national income going to compensation of employees and to corporate profits of domestic industries (with inventory valuation and capital consumption adjustments). 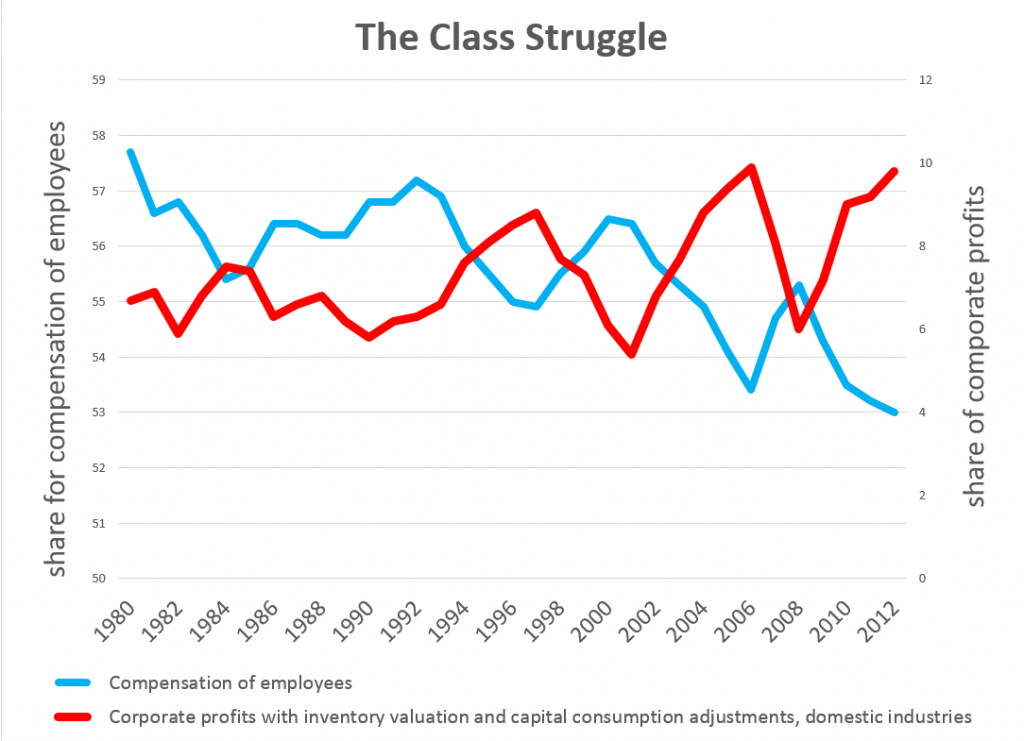 Note the vertical axes. On the left, there is the axis for the share for employee compensation – the blue line – which varies from 53-59 percent. The share for profits, which is on the order of 5-10 percent, is on the right vertical axis.

There is a high negative correlation between these two series, approximately -0.85.

Also, the scale of the changes in the shares of each are roughly of the same size, although not exactly.

Finally, the turning points in corporate profits and employee compensation line up in almost every case.

There is much lower correlation between employee compensation and the sum of interest plus rents – both key components of property income.

Of course, corporate profits have gone ballistic since 2008-2009, outpacing the increase in proprietors income. 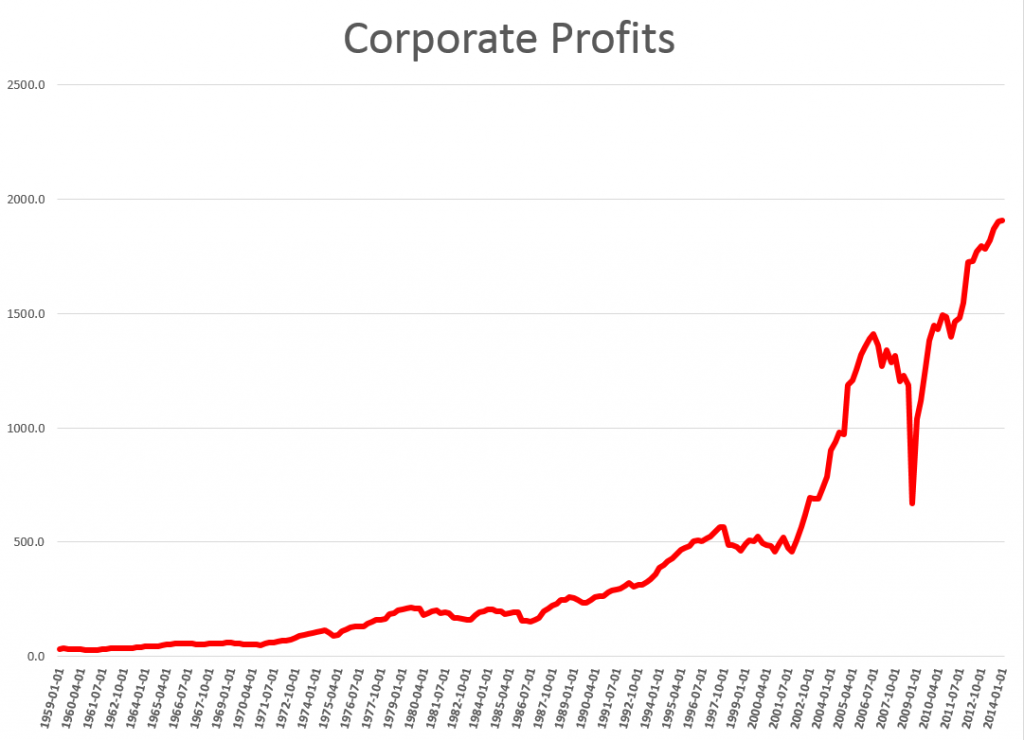 So what this looks like is that increases in corporate profits come out of the share paid to employees somehow. Shades of Karl Marx!

In titling a post like this, I proceed cautiously, thinking some of my mentors in economics years back – Ray Marshall, A.G. Hart, and, briefly, W.W. Rostow to name a few.

Rostow used to talk of a Social Compact forged between labor and business after World War II. Fewer strikes and more automatic wage increases. That clearly has ended.