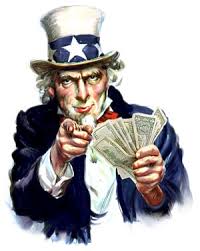 The European Central Bank (ECB) experiment with negative interest rates has not occurred in a vacuum. The concept has been discussed with special urgency since 2008 in academic and financial circles.

Recently, Larry Summers and Paul Krugman have developed perspectives on the desirability of busting through the zero bound on interest rates to help balance aggregate demand and supply at something like full employment.

Then, there is Ken Rogoff’s Costs and Benefits to Phasing Out Paper Currency, distributed by the National Bureau of Economic Research (NBER).

If all central bank liabilities were electronic, paying a negative interest on reserves (basically charging a fee) would be trivial. But as long as central banks stand ready to convert electronic deposits to zero-interest paper currency in unlimited amounts, it suddenly becomes very hard to push interest rates below levels of, say, -0.25 to -0.50 percent, certainly not on a sustained basis. Hoarding cash may be inconvenient and risky, but if rates become too negative, it becomes worth it.

Rogoff cites Buiter’s research at the London School of Economics (LSE) which dates to a decade earler, but has been significantly revised in the 2009-10 timeframe.

For example, there is Negative Nominal Interest Rates: Three ways to overcome the zero lower bound, which sports the following abstract:

The paper considers three methods for eliminating the zero lower bound on nominal interest rates and thus for restoring symmetry to domain over which the central bank can vary its policy rate. They are: (1) abolishing currency (which would also be a useful crime-fighting measure); (2) paying negative interest on currency by taxing currency; and (3) decoupling the numéraire from the currency/medium of exchange/means of payment and introducing an exchange rate between the numéraire and the currency which can be set to achieve a forward discount (expected depreciation) of the currency vis-a-vis the numéraire when the nominal interest rate in terms of the numéraire is set at a negative level for monetary policy purposes.

Stamp scrip, sometimes called coupon scrip, arose in several communities. It was denominated in dollars, in denominations from 25 cents to $5, with $1 denominations most common. Stamp scrip often became redeemable by the issuer in official U.S. dollars after one year.

What made stamp scrip unique among scrip schemes was a series of boxes on the reverse side of the note. Stamp scrip took two basic forms—dated and undated (often called “transaction stamp scrip”). Typically, 52 boxes appeared on the back of dated stamp scrip, one for each week of the year. In order to spend the dated scrip, the stamps on the back had to be current. Each week, a two-cent stamp needed to be purchased from the issuer and affixed over the corresponding week’s box on the back of the scrip. Over the coming week, the scrip could be spent freely within the community. Whoever was caught holding the scrip at week’s end was required to attach a new stamp before spending the scrip. In this scheme, money became a hot potato, with individuals passing it quickly to avoid having to pay for the next stamp.

Among the virtues of eliminating paper currency and going entirely to electronic transactions, thus, would be that the central bank could charge a negative interest rate.

Additionally, by eliminating the anonymity of paper money and coin, criminal activities could be more effectively controlled. Rogoff offers calculations suggesting the percentages of US currency held in Europe in ratio to overall economic activity are suspicious, especially since there are apparently a surfeit of 100 dollar bills in these foreign holdings.

These ideas go considerably beyond the small negative interest charged by the ECB on banks holding excess reserves in the central bank accounts. What is being discussed is an extension of negative nominal interest, or a tax on holding cash, to all business agents and individuals in an economy.