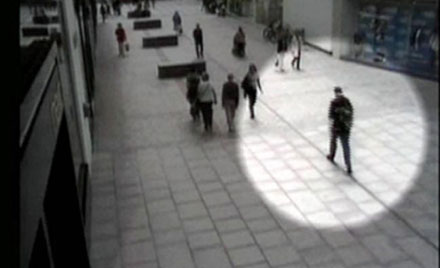 And now for something completely different.

As something of a technologist – at one time one of the few economists working directly in IT – I have this problem with revelations about surveillance of US citizens and the loss of privacy, threats from hacking, and so forth.

I basically believe that if something is technically possible, it will be done – somewhere, sometime.

So we can’t put the nuclear genie back in the box.

Similarly, I do not think that the full scope of bioengineering in the future is being considered or discussed. Science fiction is a better guide to the future, than are the usual sober discussions.

So when it comes to surveillance, security logic interfaces with almost limitless technical potential. “If we get all the cell phone data, we might find something that would save a city from a dirty bomb (or name your other threat).” Furthermore, with server farms and new storage capability, new encryption, it is technically possible to collect everything. So, “until that pesky Senator figures out this whole IT infrastructure (paid for out of black budget items), we’re just going to do it.”

So there you have it. The motives are to protect and to maintain standards of security we are used to. Of course, this entire system might be subverted to sinister purposes by a demagogue at some future time. “Sorry – no technical fix for that problem. But what the hey, we’re all good guys and regular gals and fellows here, eh?”

I find this discussion on Inventing the Future (on CoolTechNews) outstanding, well worth an hour or so. It’s easy to watch, as you get into it.

Obviously, there are going to be efforts to counter these invasions, even this annihilation, of privacy. For example, in England, listening in on the cell phone conversations of members of the Royal family is proving problematic to the Murdoch media combine. I wonder, too, whether Bill Gates appreciates having all his communications monitored by nameless persons and parties, despite his apparent support in a recent Rolling Stones interview.

But what about the privacy of business discussions? There’s got to be some pushback here, since there are moments in a negotiation or in putting together a takeover strategy, when leaking the mindset and details of one party could derail their efforts entirely.

So it seems to me that, in some sense, free market capitalism actually requires an envelope of privacy in dealings at some point. Otherwise, everything is reduced to a kind of level playing field.

So I do expect pushback to the surveillance society. Maybe new encryption systems, or an enclave concept – places or locales which are surveillance-free.