I start these Links with how the polls in the UK Election fell on their face and why. The cell phone is somewhat implicated, and, almost by association, I move onto the Internet of Everything (IoE), then to thoughts on how the Internet and artificial intelligence (AI) is shaping things.

It’s important to keep things loose and open on occasion, since the world itself doesn’t show tremendous closure, but is open, and evolving.

Nate Silver, the celebrity forecaster heading up FiveThirtyEight, had a big miss in calling the recent British Election (See What We Got Wrong In Our 2015 U.K. General Election Model and Nate Silver: Polls are failing us). 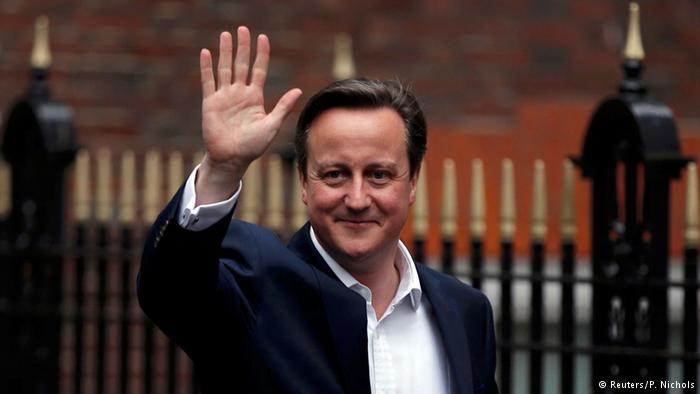 A similar misfire happened in the recent Israeli elections, where Netanyuahu won by significant numbers in an election predicted to be neck-and-neck.

The cell phone may be partly to blame, as noted in British polling flop prompts global reassessments

..changes in communications are threatening the viability of public election polling in many developed countries where the landline phone was once a reliable medium for representative surveys.

This is going to be a big forecasting issue in the upcoming General Elections in the US.

The Internet of Everything (IoE)

From time to time, Cisco Systems produces projections and forecasts of Internet traffic volumes (presumably to some extent on its equipment). Now there is the Internet of Everything (IoE), a sort of expansion of the “internet of things.” 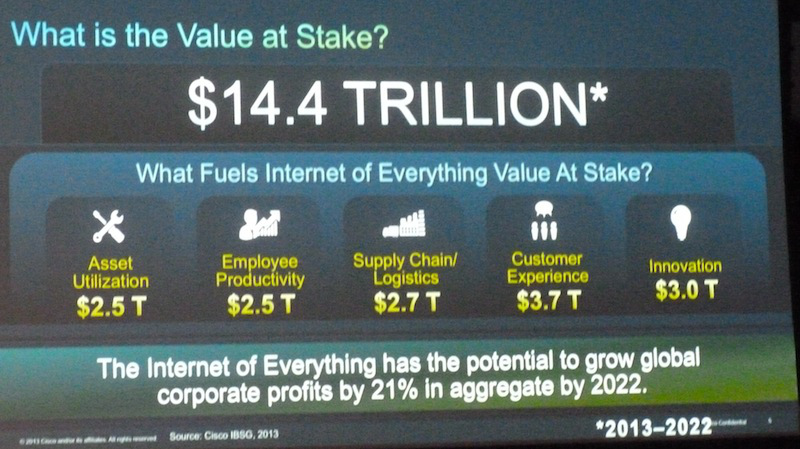 Internet of Everything: A $4.6 Trillion Public-Sector Opportunity

..Imagine a world in which everything is connected and packed with sensors. 50+ billion connected devices, loaded with a dozen or more sensors, will create a trillion-sensor ecosystem. These devices will create what I call a state of perfect knowledge, where we’ll be able to know what we want, where we want, when we want. Combined with the power of data mining and machine learning, the value that you can create and the capabilities you will have as an individual and as a business will be extraordinary.

Here are some examples posted by Vincent Granville at Data Science Central.

◾Retail: Beyond knowing what you purchased, stores will monitor your eye gaze, knowing what you glanced at… what you picked up and considered, and put back on the shelf. Dynamic pricing will entice you to pick it up again.

◾City Traffic: Cars looking for parking cause 40% of traffic in city centers. Parking sensors will tell your car where to find an open spot.

◾Lighting: Streetlights and house lights will only turn on when you’re nearby.

◾Dynamic pricing: In the future, everything has dynamic pricing where supply and demand drives pricing. Uber already knows when demand is high, or when I’m stuck miles from my house, and can charge more as a result.

◾Transportation: Self-driving cars and IoE will make ALL traffic a thing of the past.

◾Healthcare: You will be the CEO of your own health. Wearables will be tracking your vitals constantly, allowing you and others to make better health decisions.

◾Forests: With connected sensors placed on trees, you can make urban forests healthier and better able to withstand — and even take advantage of — the effects of climate change.

◾Office Furniture: Software and sensors embedded in office furniture are being used to improve office productivity, ergonomics and employee health.

◾Invisibles: Forget wearables, the next big thing is sensor-based technology that you can’t see, whether they are in jewelry, attached to the skin like a bandage, or perhaps even embedded under the skin or inside the body. By 2017, 30% of wearables will be “unobtrusive to the naked eye,” according to market researcher Gartner.

Daniel Kraft, a physician, is a name to watch in this @Daniel_Kraft.

Generally, the under-the-radar spread of AI – in cell phone and tablet features such as Siri, or Google’s Now, which, incidentally, may be pulling ahead in terms of sheer accuracy – meets criteria of technology which can fundamentally change things.

It’s so easy to drive along and ask Siri for directions, or where a good restaurant is. And people focus on their cell phones in public places. There’s even the cartoon about a couple out on a date texting each other across the table.

The impact of technology on society has always been one of my favorite topics. For more than a decade, the Internet and emergent IT companies, have triggered huge, on-the-ground changes, possibly not all good. But the absorption of advertising revenues by Google has been dramatic, and a game-changer for newspapers and magazines (print technology). Online book sales put Borders Books out of business, and impacts book stores everywhere. The music business has changed forever, with singers and bands now almost wholly reliant on tours and real audiences for real revenue, with record and song sales contributing only minor funds to most.