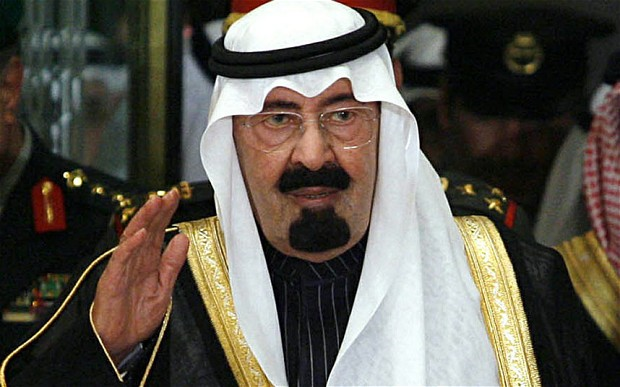 Crude oil futures continue their descent, as the chart below from January 2, 2015 shows.

What is going to happen here?

The first point to note is the drop in oil prices involves both supply and demand – and is not just the result of increased pumping by Saudi Arabia.

The IMF discussion includes this interesting comparison between oil and other commodity price indices. 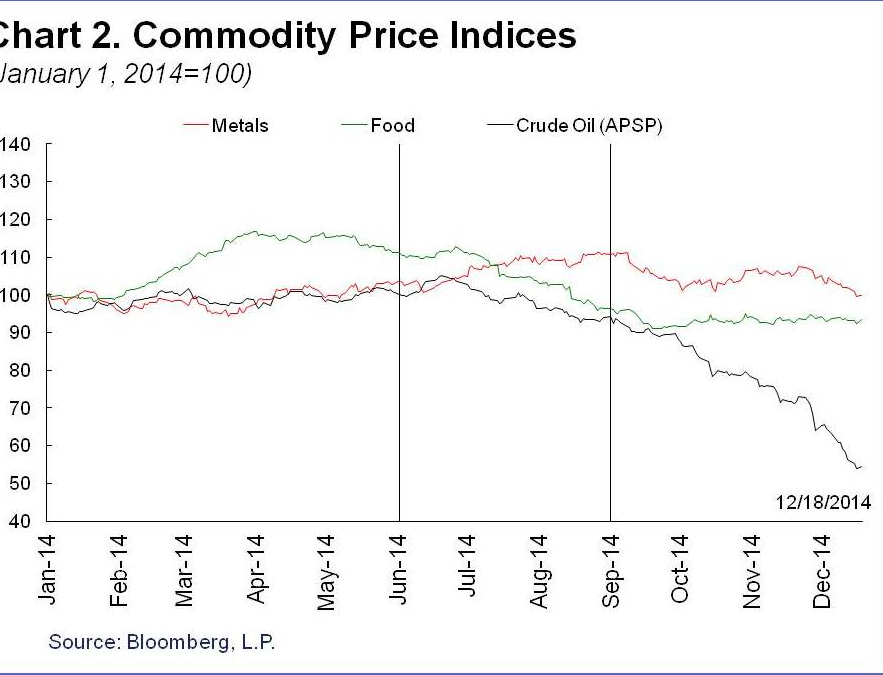 So over 2014, there have been drops in other commodity prices – probably due to weakened global demand – but not nearly much as oil.

Overall, the IMF counts lower oil prices as a net positive to the global economy, resulting in a gain for world GDP between 0.3 and 0.7 percent in 2015, compared to a scenario without the drop in oil prices.

There are big losers, of course. These include oil exporters with higher production costs, such as Russia, Iran, and Venezuela.

How long the Saudi’s can hold the line, maintaining higher production? Is it true, for example, that Saudi Arabia has a $750bn war chest of foreign currency reserves that will be burned through quickly by propping up the shortfall in export revenues? There are speculations that the health of King Abdullah, a strong supporter of the current Saudi Oil Minister, could come into play in coming months.

Interestingly, low oil prices maintained long enough could be self-correcting. This is probably the bet the Saudi’s are making – that their policy can eventually trigger faster growth and enable them to maintain or increase their market share.

As I’ve said before, I think it’s a game changer. The trick is to figure out the linkages and connections, backwards and forwards along the supply chains.

Image of King Abdullah from Telegraph.