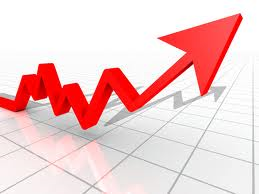 Economics Articles, Some Theoretical, Some Applied

Who’s afraid of inflation? Not Fed Chair Janet Yellen At Jackson Hole, Yellen speech on labor market conditions states that 2 percent inflation is not a hard ceiling for the Fed.

Economist’s View notes a new paper which argues that deflation is simply unnecessary, because the conditions for a “helicopter drop” of money (Milton Friedman’s metaphor) are widely met.

Three conditions must be satisfied for helicopter money always to boost aggregate demand. First, there must be benefits from holding fiat base money other than its pecuniary rate of return. Second, fiat base money is irredeemable – viewed as an asset by the holder but not as a liability by the issuer. Third, the price of money is positive. Given these three conditions, there always exists – even in a permanent liquidity trap – a combined monetary and fiscal policy action that boosts private demand – in principle without limit. Deflation, ‘lowflation’ and secular stagnation are therefore unnecessary. They are policy choices.

Fannie Mae economists have downgraded their expectations for the U.S. housing market in the second half of this year, even though they are more optimistic about the prospects for overall economic growth.

“Have we truly become a society to where we’ll go and build wells and stuff in third world countries but we’ll say to hell with our own right here up under our nose, our next door neighbors, the children that our children play with?”

Economic harassment and the Ferguson crisis

According to .. [ArchCity Defenders] recent report .. the Ferguson court is a “chronic offender” in legal and economic harassment of its residents….. the municipality collects some $2.6 million a year in fines and court fees, typically from small-scale infractions like traffic violations…the second-largest source of income for that small, fiscally-strapped municipality….

And racial profiling appears to be the rule. In Ferguson, “86% of vehicle stops involved a black motorist, although blacks make up just 67% of the population,” the report states. “After being stopped in Ferguson, blacks are almost twice as likely as whites to be searched (12.1% vs. 7.9%) and twice as likely to be arrested.” But those searches result in the discovery of contraband at a much lower rate than searches of whites.

Once the process begins, the system begins to resemble the no-exit debtors’ prisons of yore. “Clients reported being jailed for the inability to pay fines, losing jobs and housing as a result of the incarceration, being refused access to the Courts if they were with their children or other family members….

“By disproportionately stopping, charging, and fining the poor and minorities, by closing the Courts to the public, and by incarcerating people for the failure to pay fines, these policies unintentionally push the poor further into poverty, prevent the homeless from accessing the housing, treatment, and jobs they so desperately need to regain stability in their lives, and violate the Constitution.” And they increase suspicion and disrespect for the system.

… the Ferguson court processed the equivalent of three warrants and $312 in fines per household in 2013.

Astronauts find living organisms clinging to the International Space Station, and aren’t sure how they got there 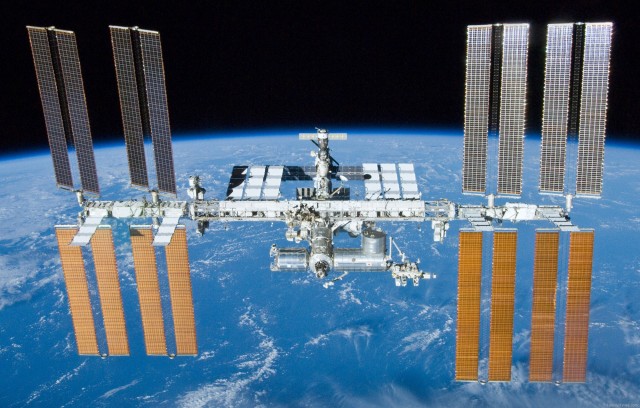 What caused the Big Bang itself? For many years, cosmologists have relied on the idea that the universe formed spontaneously, that the Big Bang was the result of quantum fluctuations in which the Universe came into existence from nothing. 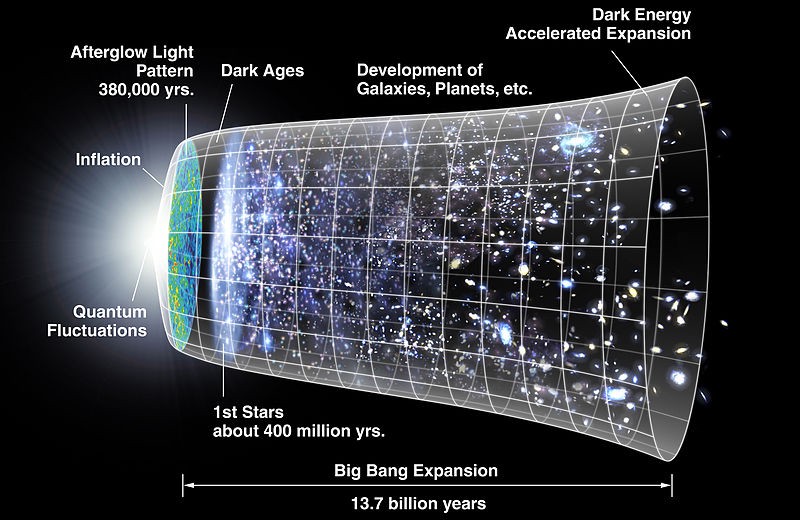 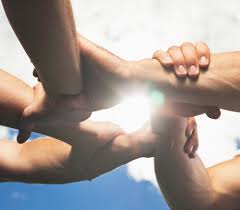 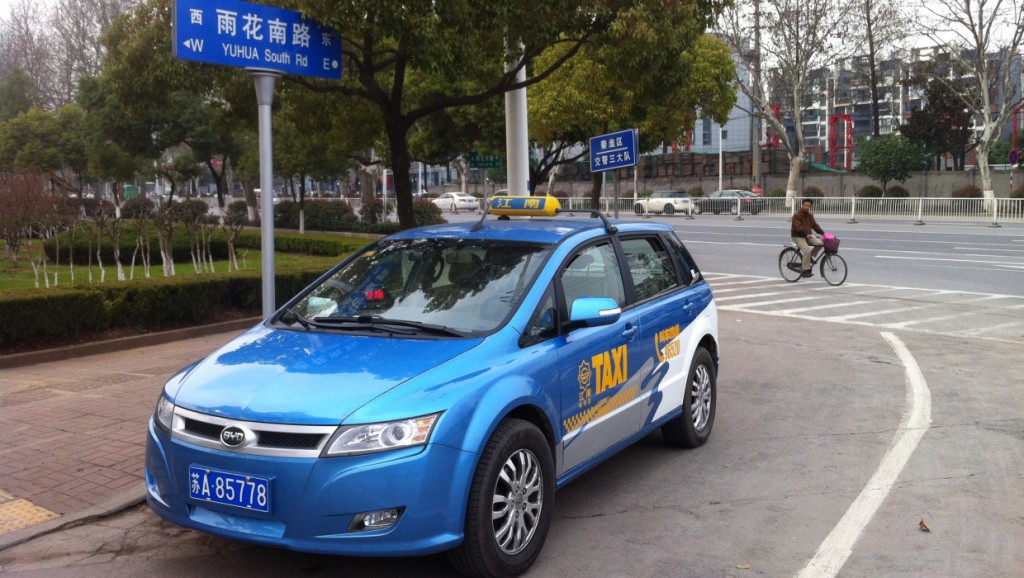 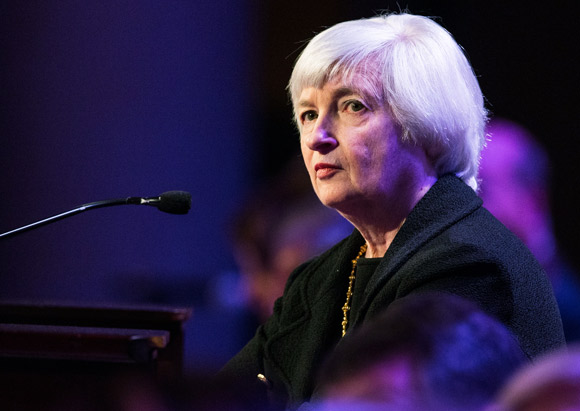 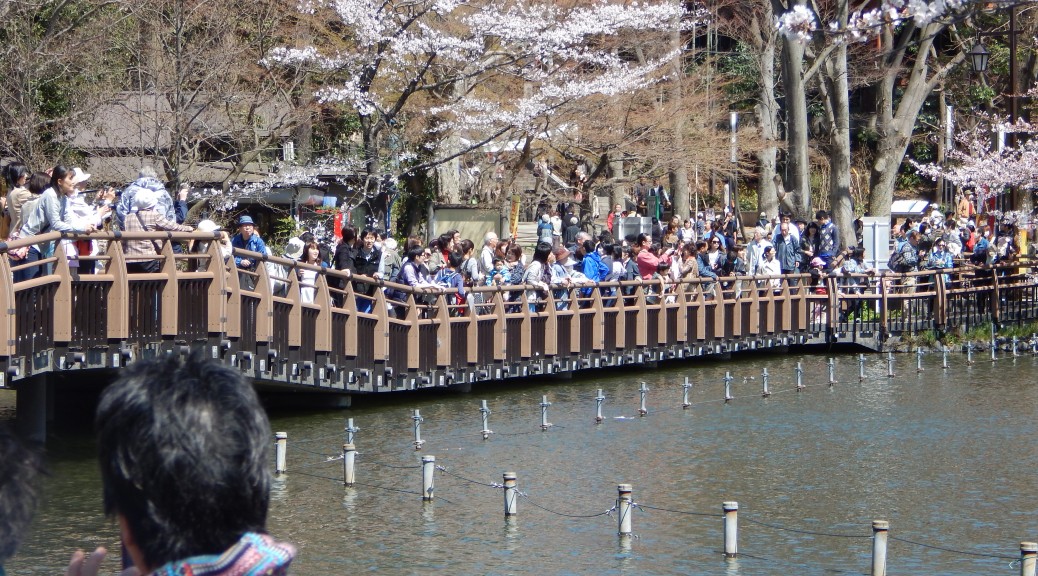 The following chart, courtesy of the Bank of Japan (BOJ), shows inflation and deflation dynamics in Japan since the 1980’s. 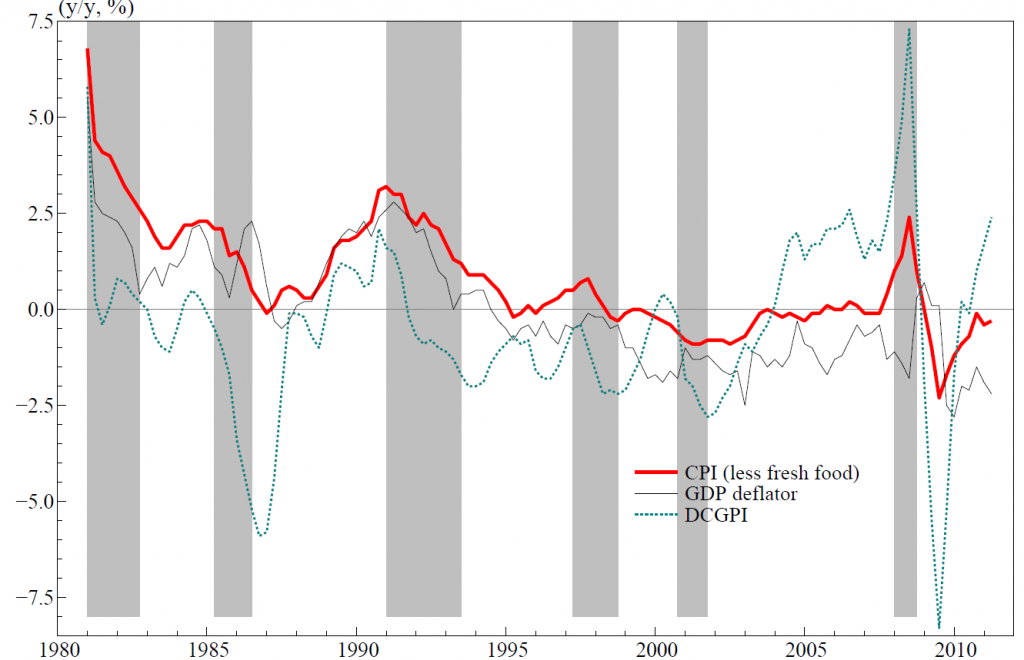 There is interesting stuff in this chart, not the least of which is the counterintuitive surge in Japanese consumer prices in the Great Recession (2008 et passim).

Note, however, that the GDP deflator fell below zero in 1994, returning to positive territory only briefly around 2009. The other index in the chart – the DCGPI  –  is a Domestic Corporate Goods Price Index calculated by Japanese statistical agencies.

The Japanese experience with deflation is relevant to deflation dynamics in the Eurozone, and has been central to the thinking and commentary of US policymakers and macroeconomic/monetary theorists, such as Benjamin Bernanke.

The conventional wisdom explains inflation and deflation with the Phillips Curve. Thus, in one variant, inflation is projected to be a function of inflationary expectations, the output gap between potential and actual GDP, and other factors – decline in export prices, demographic changes, “unlucky” historical developments, or institutional issues in the financial sector.

It makes a big difference how you model inflationary expectations in this model, as John Williams points out in a Federal Reserve Bank of San Francisco Economic Letter.

If inflationary expectations are unanchored, a severe recession can lead to a deflationary spiral.

The Industrial Side of the Picture

The BOJ Working Paper responsible for the introductory chart also considers “other factors” in the Phillips Curve explanation, presenting a fascinating table. 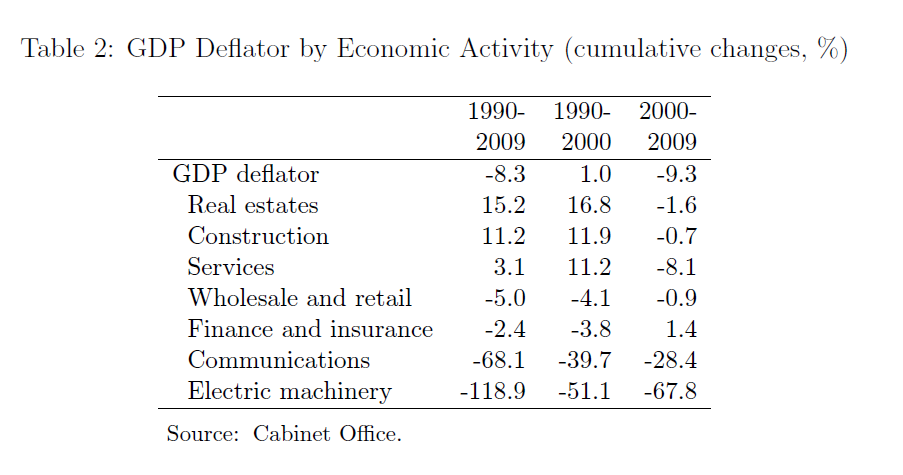 The huge drop in prices of electric machinery in Japan over 1990-2009 caught my attention.

Could this be a major contributor to persisting Japanese deflation, initially triggered obviously by massive drops in Japanese real estate in the earlyi 1990’s?

An interesting paper by Haruhiko Murayama of the Kyoto Research Institute – Reality and Cause of Deflation in Japan – makes a persuasive case for just that conclusion.

Murayama argues competition from China and other lower wage electronics producers is a major factor in continuing Japanese deflation.

The greatest cause of the deflation is a lack of demand, which in turn is attributable to the fact that emerging countries such as China, South Korea and Taiwan have come to manufacture inexpensive high-quality electrical products by introducing new equipment and by taking advantage of their cheap labor. While competing with emerging countries, Japanese electrical machinery makers have been forced to lower their export prices. In addition, an influx of foreign products has reduced their domestic sales, and as a result, overall earnings and demand in Japan have declined, leading to continuous price drops.

He goes on to say that,

..Japan is the only developed country whose electric machinery makers have been struggling because of the onslaught of competition from emerging countries. General Electric of the United States, which is known as a company founded by Thomas Edison and which was previously the largest electric machinery maker in the world, has already shifted its focus to the aircraft and nuclear industries, after facing intense competition with Japanese manufacturers. Other U.S. companies such as RCA (Radio Corporation of America), Motorola and Zenith no longer exist for reasons such as because they failed or were acquired by Japanese companies. The situation is similar in Europe. Consequently, whereas electric machinery accounts for as much as 19.5% of Japan’s nominal exports, equivalent products in the United States (computers and peripherals) take up only 2.3% of the overall U.S. exports (in the October-December quarter of 2012)

This explanation corresponds more directly to my personal observation with contract electronics manufacturing and, earlier, US-based electronics manufacturing. And it seems to apply relatively well for Europe – where Chinese competition in broadening areas of production pressure many European companies – creating a sort of vacuum for future employment and economic growth.

The Kyoto analysis also gets the policy prescription about right –

..the deflation in Japan is much more pervasive than is indicated by the CPI and its cause is a steep drop in export prices of electrical machinery, the main export item for the country, which has been triggered by the increasing competition from emerging countries and which makes it impossible to offset the effects of a rise in import prices by raising export prices. The onslaught of competition from emerging countries is unlikely to wane in the future. Rather, we must accept it as inevitable that emerging countries will continue to rise one after another and attempt to overtake countries that have so far enjoyed economic prosperity.

If so, what is most important is that companies facing the competition from emerging countries recognize that point and try to create high-value products that will be favored by foreign customers. It is also urgently necessary to save energy and develop new energy sources.

Moreover, companies which have not been directly affected by the rise of emerging countries should also take action on the assumption that demand will remain stagnant and deflation will continue in Japan until the electrical machinery industry recovers [or, I would add, until alternative production centers emerges]. They should tackle fundamental challenges with a sense of crisis, including how to provide products and services that precisely meet users’ needs, expand sales channels from the global perspective and exert creativity. Policymakers must develop a price index that more accurately reflects the actual price trend and take appropriate measures in light of the abovementioned challenges.

Maybe in a way that’s what Big Data is all about.